You can view the full episode here:.

By now, you may have heard about the positive reviews that netizens are sharing online about the GMA Primetime Series called Sahaya. Weeks leading to its Philippine premiere, its stars and Kapuso loveteam, Bianca Umali and Miguel Tanfelix visited Kapuso Artistambayan to update us what it’s all about and to reveal some exciting things about their onscreen pairing. Here are some snaps of what went on during their guesting. 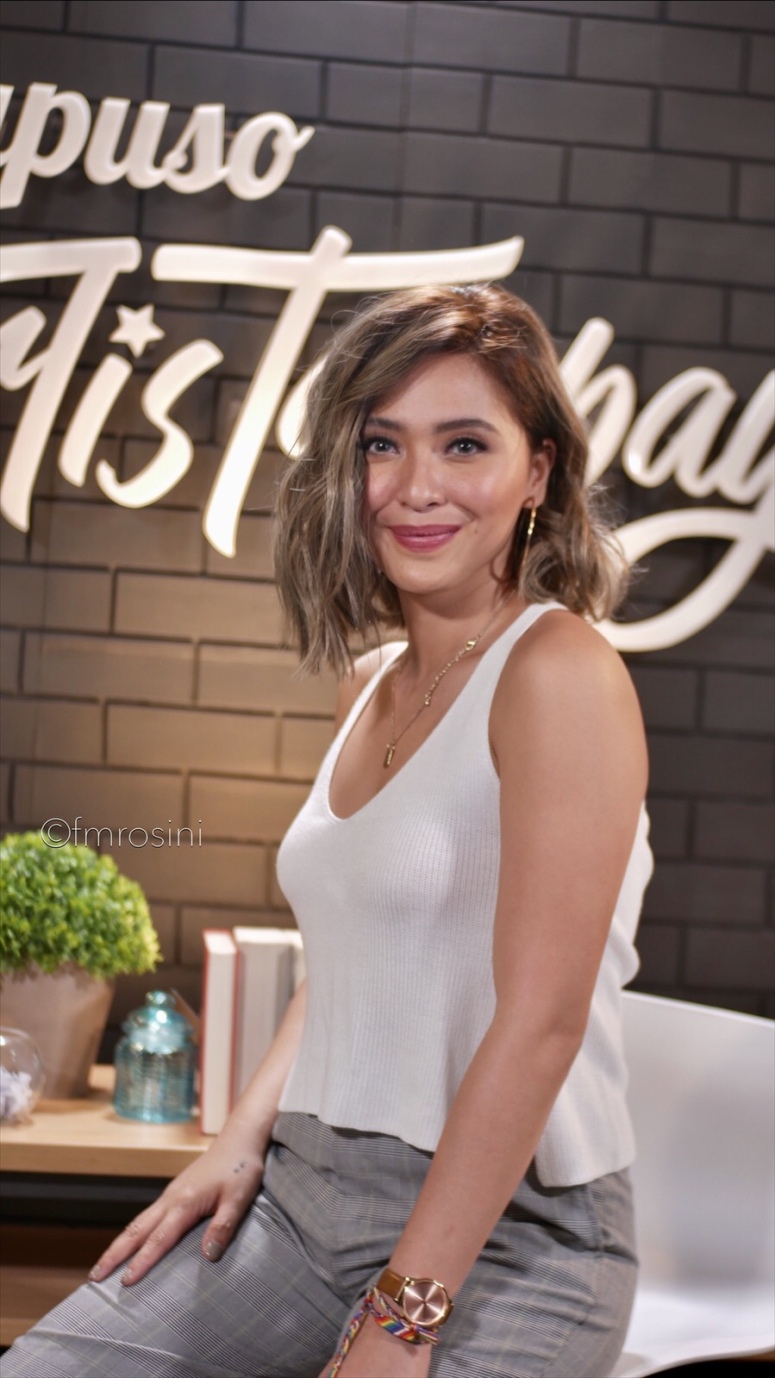 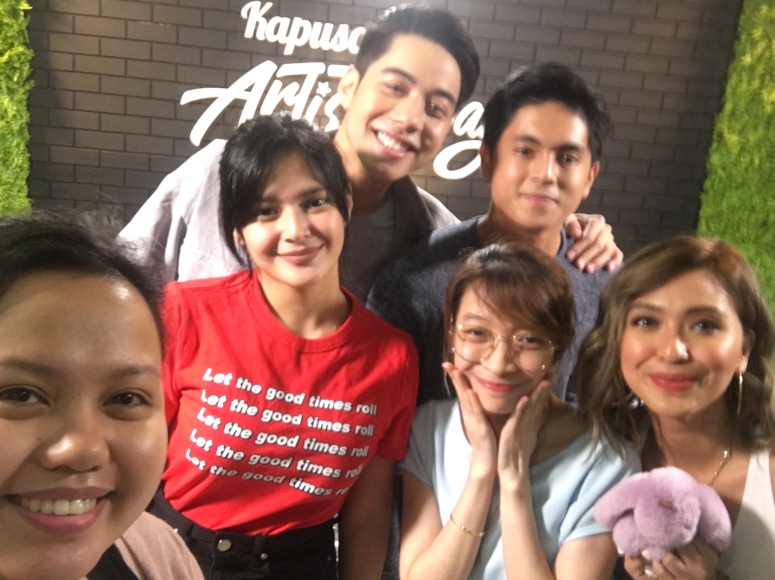 Cheers to the wonderful memories made along the way and looking forward to the many many more to be created down the road. I guess that’s how I would describe my New Year 2019. It’s both eventful and uneventful. It took me quite a while to process what was going on, but ultimately, I decided to take the leap. After all the introspection and prayers, of course. 🙂

The leap meant that I had to let go of some beautiful things not because they stopped being precious, but because I’ve realized that you can’t catch new blessings when your hands are full or preoccupied with something else. It was also an acknowledgment that no matter how beautiful something is, a time will come when you must take a step forward to grow. And to grow sometimes mean leaving something behind in order to chase more dreams and opportunities. It can be nerve-racking. Hey, adulting, is this you?

The New Year, the decision to let go, both are big events themselves. And like customary events that have been part of you, and have been valued all these years, it was difficult, even painful to leave them behind.

And just as I was sentimental of the things that were, Kapuso Artistambayan came. Thanks to a dear friend who gave me a heads-up (Hello, Irish if you’re reading this! haha!) Didn’t God say He will provide? Or is that something we had been making up to find comfort in all the uncertainty life throws at us? Haha.

I’m glad to be part of this online show. Our hosts have been warm and welcoming, and like all those I have worked with, it’s always a continuous learning process for me as a writer to be interacting with and learning from my hosts. I’ve learned a lot from them and from everybody on the set.

Joyce Pring and Andre Lagdameo host the show and we go live twice a month on Facebook. With that kind of work schedule, I could say this has been the most chill phase I’ve had in recent memory. I’ve always been non-stop working the past years and now, I’m just coasting along? Then I remember I have my MA Film classes, too! Haha!

Using only song titles as clues, Rita Daniela and Joyce Pring supply the answer to the intriguing mystery questions that will be revealed in Grab-A-Song! We get to know more about these ladies as they confess here something they’ve never done so elsewhere. Rita also headlines Mars Masarap with a recipe taught to her by her mom. Beef Salpicao will be served tonight.

Mars will also serve as the place of reunion for Camille and Tony Lambino, who were once co-actors when they were kids. Before, Mr. Lambino was a member of the music group, “Smokey Mountain”, at present, he is the Assistant Secretary for the Department of Finance.

In Push Mo, Mars, the ladies will break stereotypes that only guys can enjoy boxing. They will show off their enthusiasm in the sport as coach Marc Barrera teaches them the Partner Up Boxing workout.

So sign up for tonight’s Mars discussion, GMA News TV at 7:10pm.

For more than five years now, I’ve celebrated New Year at the SM Mall of Asia. Not to hangout with family or friends. Not to mingle with strangers somewhere in the MOA Bay area as we wait ’til the clock strikes midnight. I frequent MOA on New Year’s Eve because I choose to work for the GMA New Year Countdown. Keyword is Choose. I have not been forced, threatened or whathaveyou. It has been an annual tradition for me and the people behind it, and this year was no different.

I’ve often been asked, Work na naman?Don’t you get lonely, still working during the Holidays? You know to  be honest, it has not crossed my mind. Or even if it does dance somewhere in the corner of my mind, I’m not going to be chained to its rhythm for too long.  Thankfully, I have a very understanding and supportive family who has been very open-minded about my nature of work: taping and shooting late at nights or early mornings, burning the midnight oil to finish projects in time for the deadline, welcoming the erratic schedule that would take me away from them during special occasions and holidays. At first, they were foreign to that idea; it’s one that has been met with resistance and tampo. But I guess they got over that, not because they don’t give a hoot anymore. But because they understood. And they really do trust me. So yeah, there’s no space for loneliness on New Year for me. 🙂

This year, I was assigned to write for the online activation. My host were Tetay and Joyce Pring. It’s a whole new frontier for me, due to my inexperience to write for a live online show. Basically, it’s the behind-the-scenes coverage of the Countdown while the TV show was on break. So during gap, there we were, updating the netizens while we interview the celebrities and giving them games/ challenges. We also brought in a feng shui expert, Nick Nangit, to share his forecast for the incoming Year of the Dog. As always, netizens were very eager to know their luck in 2018 so online inquiries came flooding.

Last Thursday, we met with the Network’s New Media group to discuss the show’s stats and feedback from netizens. It was insightful! For someone who has been familiar with the TV business, my knowledge of the online economy is limited and I did not know its real potential.  So that meeting was very enriching, something that really opened my eyes on the power beyond broadcast media. Based on the stats, we did good! And I’m hoping we’d do better next year!

So when people ask me if I’d ever get tired of working on New Year’s Eve, I say I can only look at it as a blessing — a chance to share my talent, an opportunity to earn so that I could treat people I love and accomplish my life’s passion. And I’m happy with that thought. Tired? At least, not yet.

Sharing with you some pictures I took on set. 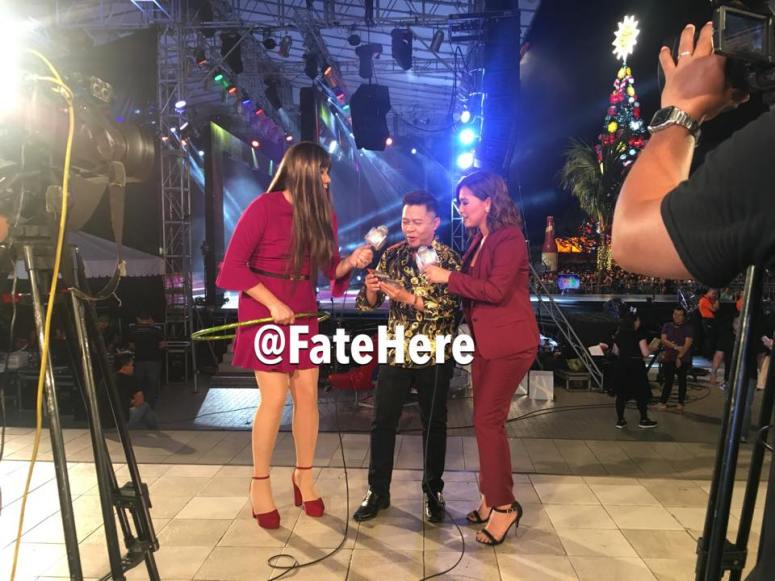 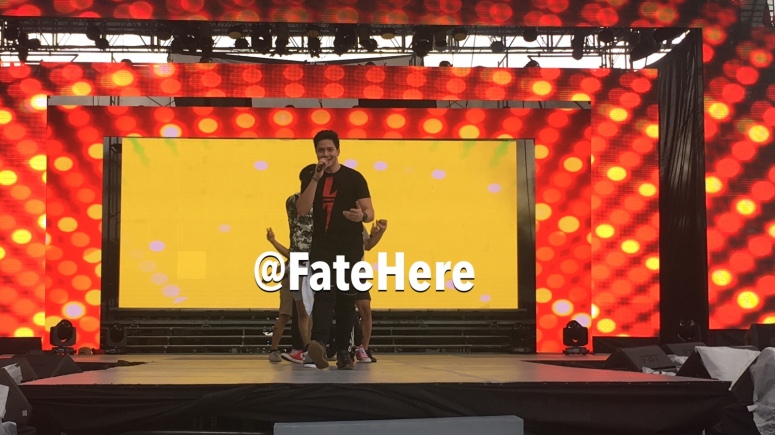